HKUST has spearheaded the development of innovative solutions to urgent urban environmental problems including antimicrobial resistant (AMR) organisms, indoor pollution, malodour, and water contamination. These include smart antimicrobials that self-clean and self-disinfect in response to contaminations; malodour control hydrogel that suppresses odour in drainage infrastructures; environmental nanocatalysts that treat air pollutants at room temperature; and advanced filtration devices that disinfect and purify air and water. These technologies have generated an aggregated commercial value in excess of HK$300 million and given rise to two spin-off companies, Artenano Ltd and Greenland Biotech Ltd.

An interdisciplinary team led by Prof King Lun Yeung of the Department of Chemical and Biological Engineering (CBE) and the Division of Environment and Sustainability (ENVR) and Prof Joseph Kwan and Dr Wei Han of ENVR, have been and continue to be active in the field of environmental health technology. The team employed ‘safe-by-design’ and ‘safe-production’ concepts to integrate risk management concepts at the very earliest stage of the technology development, thereby avoiding unwanted impacts on health and the environment, and accelerating the commercialization of the technologies to bring tangible benefits to industry and the community.

Malodour control (MOC) hydrogel [R2] developed at HKUST uses the controlled release of biocides, metabolic inhibitors and catalyst agents to suppress odorous compounds generated by microorganisms. Three government contracts (worth HK$3.8 million) from the Drainage Services Department (DSD) established that MOC hydrogel is effective in suppressing H2S to below 0.1ppm in sewer and drainage systems, and in wet and dewatered sludge in wastewater treatment plants.

Room temperature environmental catalysts for the treatment of airborne organic pollutants and malodour were successfully developed by the HKUST team [R3, R4]. The early generation catalysts are photocatalysts including nanostructured TiO2, TiO2 aerogel, and TiO2 nanotubes that were active in the mineralization of organic pollutants. These catalysts are ‘safe-by-design’ and performed extremely well under harsh conditions. The latest generation of catalysts are room temperature aerogel catalysts that can directly mineralize malodour molecules including H2S, NH3 and various volatile organic compounds (VOCs) that cause discomfort and can be detrimental to health. These catalysts are unique as they do not require light activation (unlike photocatalysts) and tolerate high humidity.

Water treatment technologies including membranes that efficiently treat molecular, particulate and biological contaminants in water [R5] have been developed by Prof Yeung. Membrane technology, in combination with advanced oxidation, removes recalcitrant pollutants such as endocrine-disrupting compounds that pose a serious risk to health. The micro-mini pulsed electric field technology disinfects water without altering odour and taste, and is an inexpensive means of providing safe drinking water [R6]. Mass-less electrons can also be used to decontaminate undesired biological, organic and inorganic pollutants from water.

Details of the impact

The technology led to four invention patents, a spin-off company (Greenland Biotech Ltd established 2012), and an annual royalty and licence fees for 10 years from Chiaphua Industries Ltd (CIL). CIL also established a joint laboratory at HKUST for the purpose of translating environmental health technologies into commercial products. This coincides with the formation of joint ventures with three other companies.

A smart antimicrobial coating (Germfree-7) was developed with the support of the Innovation Technology Fund (ITF) and field tested in five Hong Kong public hospitals. It was commercialized by Greenland Biotech Ltd for surface disinfection. The products are sold to hospitals, commercial centres and households.

CIL also acquired a majority stake in Sun Grun Health Technology (SGHT) to produce Germagic, an antimicrobial HEPA filter and air purifier based on HKUST technology. Germagic was developed with the support of the ITF and launched in 2017 through the CIL–SGHT joint venture. The Germagic antimicrobial filter received a Gold Medal at the 46th International Exhibition of Inventions, Geneva, Switzerland. After large-scale field-testing trials with the Drainage Services Department of the multi-functional odour control (MOC) hydrogel that targets odour emission at source, a short-term 3-month licence was awarded to CIL for a plant-scale deployment. The company estimates the market for ‘Germagic-G’ to be worth at least HK$50 million each year in Hong Kong alone. Germagic-G is now being deployed at over 200 locations in Hong Kong, and has been used in major events such as the Tai Hang Tung Stormwater Storage Tank Art Event and during temporary sewage bypass and emergency discharge in March and November 2018 during the maintenance of the Stonecutter Island Sewage Treatment Works.

A nanostructured photocatalyst developed with the support of the ITF was successfully commercialized in household products by CIL. Over five years, more than HK$120 million has been generated in sales of commercial products based on this technology. The products are sold in Hong Kong, Taiwan, China, the USA and Europe.

The invention patent on the low temperature VOC catalyst was spun-off into a start-up company Artenano Ltd. (established 2009). A new generation of room temperature catalysts for the treatment for malodours originating from H2S, NH3, organoamines and VOCs have been developed with funding from government and industry to tackle these persistent problems. A pilot scale study is being carried out in Guangzhou province.

The micro-mini Pulsed Electric Field Technology was awarded a Moonshot award by the Google Solve for X in 2016. The technology is being field tested at the Haven of Hope Sister Anne Skau Holistic Care Centre.

A membrane technology patent was purchased by Veolia Environment (formerly Vivendi) and has been implemented as a commercial process in wastewater and water treatment.

References to the Research

[R1] Y Li, WK Leung, KL Yeung, PS Lau, and JKC Kwan, ‘A multilevel antimicrobial coating based on polymer-encapsulated ClO2,’ Langmuir, 25 (2009) 13472–13480. Another paper and 13 patent inventions and 1 provisional patent have been published by us on this research.

[R4] QY Wang, KL Yeung and MA Banares, ‘Operando Raman-online FTIR investigation of ceria, vanadia/ceria and gold/ceria catalysts for toluene elimination,’ J. Catal. 364 (2018) 80–88. Another 2 papers and 3 provisional patents have been published by us on this research.

[R5] S Heng, KL Yeung, A Julbe, A Ayral and J-C Schrotter, ‘Preparation of composite zeolite membrane separator/contactor for ozone water treatment,’ Microporous Mesoporous Mater., 115 (2008) 137–146. Another 3 papers and five patent inventions have been published by us on this research. 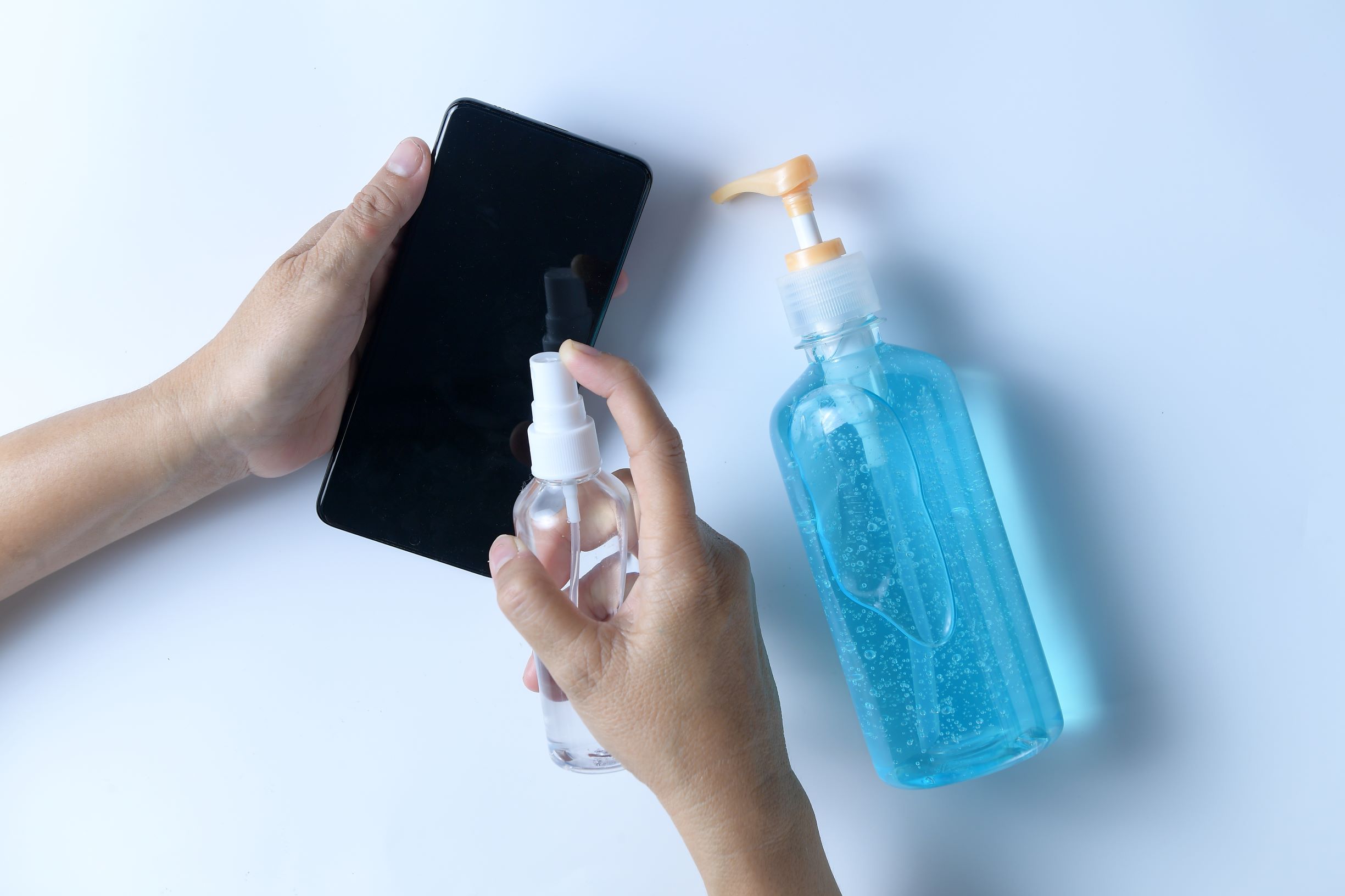 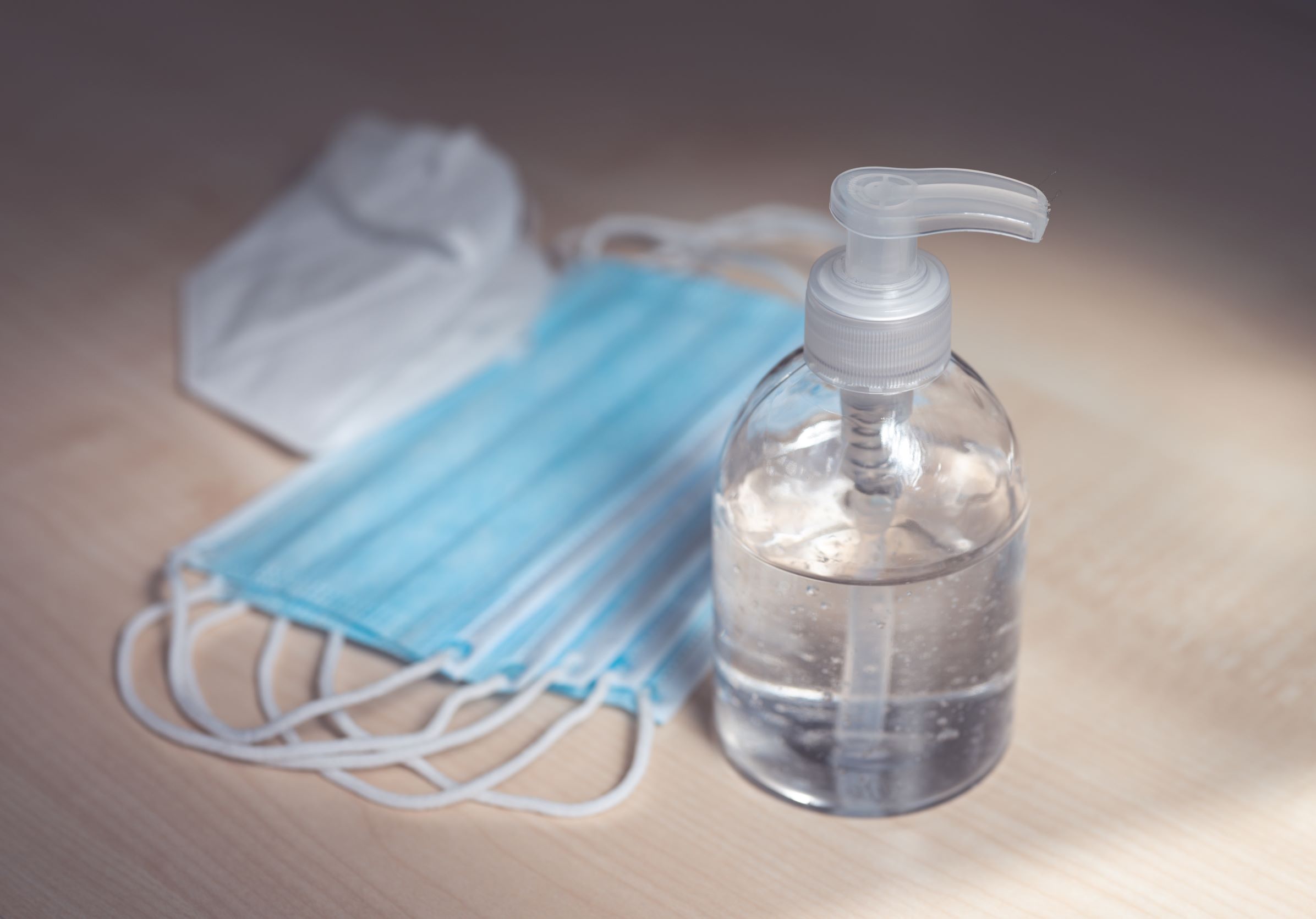